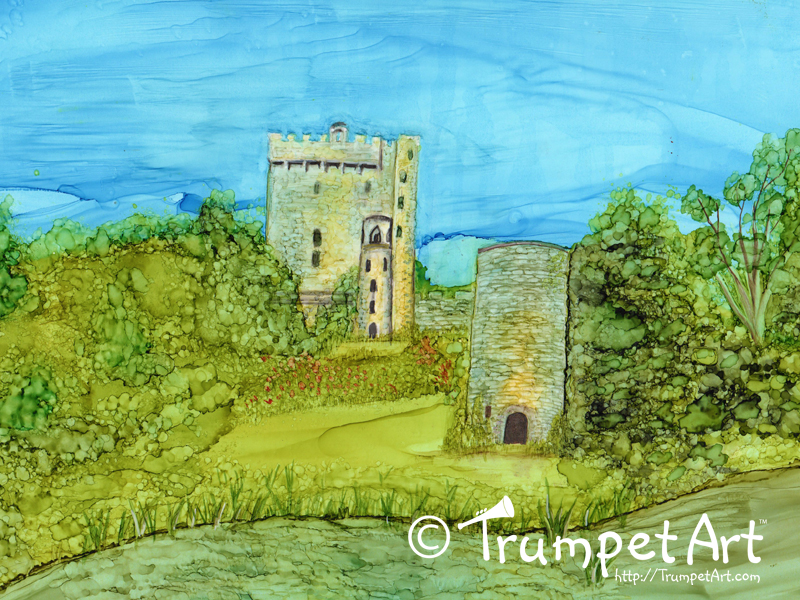 Nope. I’ve never visited Ireland, but would love to some day.   When I do, a stop at “The Blarney Castle” is on the bucket list.  You see, when you kiss this particular stonge, you are given the gift of eloquent speech… or as some folks put it, “the gift of gab.”

“It is claimed that the synonymy of “blarney” with “empty flattery” or “beguiling talk” derives from one of two sources. One story involves the goddess Clíodhna and Cormac Laidir MacCarthy (see “Origins” above). Another legend suggests that Queen Elizabeth I requested Cormac Teige McCarthy, the Lord of Blarney, be deprived of his traditional land rights. Cormac travelled to see the queen, but was certain he would not persuade her to change her mind as he wasn’t an effective speaker. He met an old woman on the way who told him that anyone who kissed a particular stone in Blarney Castle would be given the gift of eloquent speech. After kissing the stone, Cormac went on to persuade the queen that he should not be deprived of his land.”  – Source Wikipedia.

I first learned about the Blarney Castle and the tradition of kissing the famous Blarney Stone from my late mother-in-law, Helen Williams. As a young lady in the late 40s, she had the opportunity to visit Ireland on a trip with her sister-in-law who’s sister and husband were serving as consulates in Scotland. She was able to show me old film where they each bent over backwards and kissed the Blarney Stone.  For whatever reason, this really touched me… and I’ve never forgotten it.

I had just started painting with alcohol ink in 2014, when I accepted an art challenge from a group of Alcohol Ink artists on Facebook to create something for St. Patrick’s Day.   The Blarney Stone was the first thing I thought of!  So I attempted it!   It came out ok.  I’m sure it doesn’t do the grounds justice.

For now, it’s as close that I can come to achieving the “gift of gab!”

Prints of “The Blarney Castle” are available for sale in my shop.